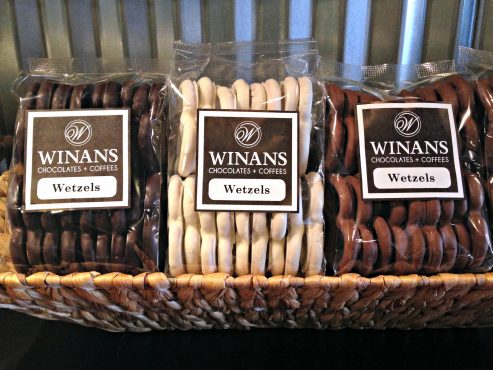 National Pretzel Day is April 26th! To celebrate, Winans is offering 25% off all chocolate-covered pretzels Tuesday April 26th through Sunday May 1st!

To help you get in the spirit of National Pretzel Day, here are some fun facts about one of our favorite snacks:

You could celebrate National Pretzel day by enjoying a soft pretzel or a crunchy, honey mustard flavored pretzel, or even one of the many different shaped hard pretzels (sticks, twisted, square or even bites) – but here at Winans we have an even better idea!

We think Stanley Hudson, of NBC’s The Office, would be proud! He’s able to get through 364 mundane days selling paper for Dunder Mifflin just knowing that Pretzel Day is on its way.

There’s no wrong way to celebrate National Pretzel Day with Winans! We’re offering 25% off all wetzels Tuesday April 26th through Sunday May 1st!